When Praises Go Up: Worshipping Through A Storm 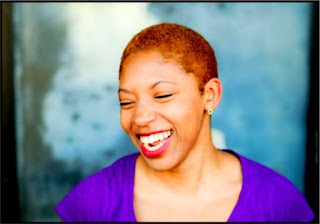 You ain't led worship or preached until you had to do so in a storm, OKAY?!


I've been in a storm since December 31st, but the eye of the hurricane just came over me this week. When I tell you that people will kick you when you're down, believe me! Even the people you love--who you loved...who you thought loved you--will sucker punch you when your nose is already bloody and your eyes are already black.

Moments before I was to introduce the Reverend Dr. Renita Weems at the opening event of a women of color in ministry conference, I get a text from someone that said "Get the F*** out [of their life]." It was violently uncalled for. I'm strong but I'm sensitive. I'm an empath and although it wasn't a literal punch in the chest, it felt like someone had just knocked the last breath out of me. I'm not a violent person. I've never been violent. I don't like confrontation. I don't argue much with friends or partners. I have a low threshold for the amount of energy it takes to curse somebody out. I truly don't have it in me. And I've never spoken to this person that way. It almost took me out. The only thing that kept me going was that I was charged with the task of introducing this esteemed woman AND rendering a musical solo after she spoke. I was literally catching my breath as I got up to sing...to speak...to worship.

Not only was I working through a day-long anxiety attack and mental health crisis, I was dealing with a person who has/had clearly lost their everlasting mind. And I had to worship? I barely got the words out in the 2nd verse of the song, but God saw me through. I had previously asked for prayer from my anointed praying sister earlier that day, and me making it through that song conveyed, once again, that the prayers of the righteous availeth much. I made it. I made it through. I broke down in tears after but I made it through.

Today, I presided over the closing worship service of this conference. I was charged with the task of leading a Call to Worship. The only way I made it through was because of God. Somehow, amidst my despair and depression, God called me out of my hiding place and into the light. God sent a woman to call me out of my hiding--to hold me accountable to my calling and anointing--to force me to step into myself. You see, God moves in the storm. God knows when you are weak--when you are down, when you have been punched out and trampled on--and She moves...She moves in the storm...the hurricane-force winds...in the rain and the hail. God moves. And the prayers of the righteous availeth much.

I stood in the center of the chapel with a smile on my face. Never had I been in a worship service at this seminary that was predominantly woman of color--a service in which the spirit of love and grace was so thick. It was a revival. And I found myself smiling for the first time in weeks. A genuine smile. A heartfelt smile. An honest and painful smile. I told my fellow congregants that I'd come in the space heavy, but when the praises go up, the blessings come down. And they surely came down.

My heart hurts--For myself...For this person who is unable to heal because they aren't honest with themselves about their issues. But I'm grateful for the blessing of worship--of worshipping through this storm. New things have been revealed to me about myself, about my calling, about my power. I'm so grateful for the woman of God who saw something in me--on Thursday when I was struggling for breath during my solo and before then--who told me that I couldn't hide my anointing anymore. I can't hide my anointing. Now I know that it is more powerful than the storm. Now I know that it is the journey partner that I prayed for. Now I know that I am and it is enough.