I am ... The glory revealed 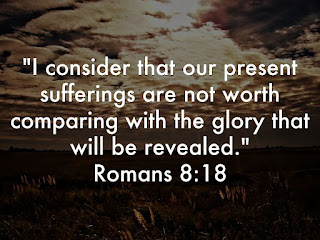 There have been two times in my life when I've been shaken awake by a full song--a complete "original" composition that I had to race to my piano or phone to record. I've awakened to verses or refrains many times, but only twice has a full song been dropped into my spirit--start to finish. I knew that in those moments, that song wasn't mine to begin--that there was some previous carrier, some witness in the clouds, that needed me to get their song into this sphere of the universe. I knew that I was merely the vessel--that they chose me to receive their song in my slumber. This "choosing' is reminiscent of God's choosing and anointing of me, over and over again, though I fight hard against that sometimes.

I've consciously written over 100 songs. Many more are still inside of me and haven't been placed into the universe yet. I used to be scared that I'd die with all of this music in me--with all of these ideas and scripts and sermons in me. But recently, I've been at peace with the music inside of me that hasn't been birthed yet--with the songs outside of me that most of the world hasn't met yet. I'm at peace because I know that at least two times in my life, I've received a song from the ancestors. And one day, I'll be an ancestor. So, we good fam. LOL Whatever I don't get done in this lifetime, I'll get done in another. Whatever is not revealed in this lifetime will be revealed in another.

This take on revelation might upset a few apple carts or turn over a few tables. It's not comfortable to make peace with the idea that the promised revelation might not happen in your lifetime. In Romans 8:18, the author talks to a traumatized people who have endured so much, who run the risk of wavering in their faith. Paul says to the church in Rome, "I consider that our present sufferings are not worth comparing to the glory that will be revealed." I imagine that my enslaved ancestors held that verse with them as they prayed and cried for a freedom on earth they never received. I imagine a chronically or terminally ill person praying for a relief from suffering that didn't quite come in the way they expected. This verse is often quoted in church, preached about in sermons that are meant to encourage, and for good reason. It helps us contextualize our pain and our suffering in a way that allows us to hold on to the hope that joy will come in the morning (Psalm 30:5). However, if oversimplified, it doesn't leave space for the uncertainty regarding when "the morning" will arrive or how "the glory" will be revealed.

When I'm shaken awake in the midnight hour, I'm grateful that I could carry the revelation forward. That I am alive to carry it forward is a revelation in itself. I wake every morning and remind myself that I am...the glory revealed.

Why I Quit Church...

September 10, 2016
On Sunday I quit church... for the day, at least. It was the most beautiful and painfully passionate act of self-care I've ever done.Hi. My name is Mia, and I live with an anxiety disorder. It's 4:30 on Sunday morning. My first alarm intrudes on the three hours of sleep I've managed to acquire. I begrudgingly assess the state of my vocal cords and decide whether or not they are well enough for me to sleep another thirty minutes. I hit snooze. Minutes later, my second alarm assaults my rem cycle. I pimp-slap my iPhone and decide whether or not I'm going to steam (a process in which I stand over a pot of boiling water for fifteen minutes to lubricate my cords). I, instead, opt for the less time consuming process of making tea, buying me an extra fifteen minutes of sleep. at 5:15, my third and final alarm goes off. I roll out of bed and into the shower. As I lather, I do minor vocal warm-ups and meditate. It's 6:05. I'm clothed, tea is made, hair is done, shoes ar…
7 comments
Read more