On Death: Dealing With "Da Body"

I had a congregant pull me aside at church a few weeks ago to ask me a very urgent question. The senior pastor was out sick, the associate pastor was busy, and I had just preached. This urgent question was about her concerns for those who are cremated.

"In the bible," she said, "it talks about Jesus coming back for us and raising us from the dead to ascend with him to heaven."

"Okay," I replied, bemused and nervous about where this was going.
"But what about those who are cremated? How can Jesus raise them from their graves if they've been cremated." 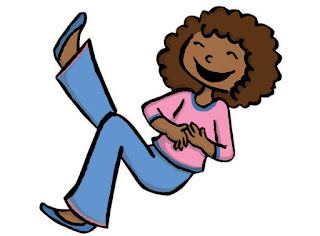 I wanted to laugh so hard, but I guess I'm a minister...or something. I replied to this concerned congregant with a carefully curated question.

"I don't believe that the author meant for that to be literal. Jesus' return and the raising of the dead from their graves is a metaphorical synopsis."
What I wanted to say is, "We will all be ashes to ashes, dust to dust someday. People who are cremated just get their quicker." But I left my comedy aside.  In Long and Lynch's The Good Funeral, he critiques modern North America's discomfort with the body--this cultural disconnect from the corpse of the deceased that has led to a rise in what Lynch calls "the bodiless obsequy, which has become a staple of available option for bereaved families" (Lynch, 59[kindle]).

We are so uncomfortable with the body that we don't talk about it in many faith communities. For a 70+ year old woman to ask me a question about the metaphysics of "rising from the dead" conveys that even clergy have shied away from such a topic. Lynch goes into brief detail about cremation in chapter 3, vowing to dig further into the history and tradition later on the book; but what he does give us is yet another example of how North Americans distance themselves from death and the body, performing cremation in an "off-site, out-of-site, industrial venue where everything is handled privately and efficiently," and, might I add, lacking in the spiritual ceremony that is to celebrate and commemorate this final transition of the body.

My Leo used to say, "I heard the body screams when it's being cremated," to scare me. Leo was my best friend during my adolescent years, 33 years my senior. When his mom died of a heart attack in 1999, he said he didn't call the undertaker for 6 hours because he wanted to spend time with her before they took her away for good. I wish I could have spent time with his body when he died in 2015.

I've witnessed how uncomfortable we are with the body—how people have limited time with the body during wakes and funerals. When I was growing up in the south, everyone who died had a 2-4-hour wake service on Friday night where people could view the body, and a 2-4-hour open-casket funeral on Saturday morning. Now, wake services are disappearing and, often, the casket is closed during the funeral as to not further disturb the grieving onlookers. "I could have spent days with the body," O'Rouke writes, "getting used to it, loving it, saying goodbye to it" (Lynch, 63). That's what wakes were for. I really do miss that moment—moments like when I got to pass by my grandmothers open casket during her funeral last November. They really do matter. They are what Lynch suggests is a part of "a primal obligation" we have to the dead. Long describes this “obligation” well in the case of Atsushi Chiba, the retired undertaker who cared for bodies of 1000+ tsunami victims, “gently [massaging] the bodies to relax them into a posture of peacefulness” (89). The care for and lingering with the body really offered the families peace.

I'm somewhere between Jessica Mitford and Alan Ball feelings on "the body." Whereas Mitford hates the corpse and all of the emotions it triggers, Ball wants the body back and welcomes all of the emotions it triggers. I'm somewhere in between. I'd like to think I'd want to spend time with the body of a loved one, but I'm selfish--I don't necessarily want anybody spending time with my body...not if it means dressing me up in something cheesy and putting a synthetic straight-haired wig over my natural African hair. I suppose I'm distrustful of what people would do to and with my body beyond just spending time with it. This issue with the body is perplexing, to say the least. I wonder if funerals will even exist 30 years from now.