February 16, 2018
I learned a lot about ministry while I was bartending. People have NEEDS, okay! Ha! 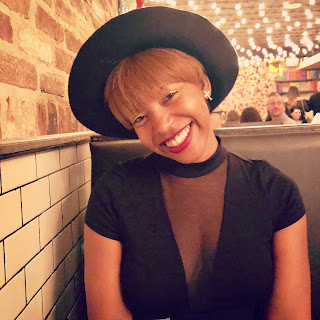 They NEED their cheeseburger medium-rare with no cheese, side Bleu cheese crumbles, no sauces, side mayo, extra pickles, okay! They NEED their martini filthy dirty, with extra olives on the side. Just drink the olive juice out the carton, why don't you?!

They NEED their fries extra crispy or their salad finely chopped or their world will come tumbling down, shattering into a million pieces.

Thus, when it came time for me to step into ministry, managing people--congregants, mostly--became second nature. I recently told a colleague of mine that they should rename ministry "handling upset folks." I'm just saying. I learned how to manage people's expectations--however unrealistic they might've been--and to do so while juggling a million other things and people. I didn't realize, then, how much of my ministry would be about holding people's stuff in a compartment separate from the rest of my body--holding people's grief and sadness, which often materializes in tense interactions with me (or others). Many of the most ridiculous guests I had at the bar/restaurant were truly miserable people--wives angry at their husbands for not co-parenting the toddlers better at the dinner table (or ever)...people coming from work, angry at their bosses...general douche bags. Their misery and nastiness towards me had nothing to do with me, and I sense that a lot in my budding ministry.

But, on occasion, I'd get to hold someone's stuff that made me warm inside--I'd get to hold someone's joy or someone's hope. On occasion, I'd even get a regular guest at the bar whose  presence would bring peace to a very hectic day or week. I'd get a compliment from a stranger like, "Your smile lights up this side of the restaurant," or "there's something about your spirit that makes me wanna come back. When do you work next?" There were days when, in addition to managing someone's unrealistic expectations, I'd also get to buy a newly-engaged couple a round of drinks, or bring two of my favorite guests a brownie on the house because they were celebrating finally getting pregnant!
In ministry--in addition to the wicked woman who never smiles in the third row or the person who's mad we won't let them have $1000 to produce a seemingly low-budget ministry fundraiser--there are beautiful, celebratory moments. There are little toodlers who run up to you with cookies and a card, screaming "Merry Christmas, Mia!" Trust me, I wept like Jesus, they were so precious. In addition to the cranky man who calls 17x a week asking for food (we give him 1 bag per week), we get extremely humble people who are so grateful for anything we have to spare--a word or an apple, extra communion challah bread or prayer.

Like bartending, I've learned to take the good days with the bad--the gracious clients/congregants with the contankerous clients/congregants--the 30% tippers with the "I don't believe in supporting the church financially" people. All along, I'm tasked with the responsibility of managing expectations and juggling personalities. It's a wonderfully chaotic and (often) fulfilling adventure.
I'm grateful for the lessons I learned as a bartender--for the smiles I put on faces and for learning to smile through the pain.

I met up with some of my old bartending colleagues last week. It was good to see them. Some of them used to call me "Pastor Bartender" or "Doc." Lol They always encouraged me while I was getting my first master's degree and for the first part of my second master's degree/seminary journey. They often mentioned that they were inspired by me--by the work that I was doing--by the fact that I stuck with it. It was so great to see them flourishing in their lives outside of the restaurant as well! Working with such motivated people really kept me on task throughout my academic endeavors.

I'll be leading an adult-learning series at the church I work at called Theology on Tap. It'll take place in a bar and I'll get to facilitate theological and experiential conversation with folks who are looking for a chill environment to dig deeper into their faith. Basically, I'll be Reverend Bartender again. I'll be encouraging and inspiring, and while I won't be pouring up the drinks or mixing fine cocktails, I'll be, hopefully, serving the people in a way that is crucial and meaningful.

I hope to continue this work in the future.
Thanks for following my journey, peeps. You are my inspiration to keep writing, to keep going, and to keep pressing toward the mark.