February 05, 2019
This past December, I sat down with my checking accounts after my rent was paid, and I added up all of the past due medical bills that had been piling up for months (some, for years). I deduced that I had the funds to finally pay off the $500+ of unpaid bills--bills from the colonoscopy I had in 2014 and the biopsies I got done in November (nothing malignant was found). I was so proud of myself for paying off my medical bills at the end of the year. It felt like a tiny weight of debt was lifted from my aching back.

In January, however, I got slammed with a new set of unexpected and hefty medical bills and, honestly, my friends, it's cheaper to die. 😶

When you go to the doctor or dentist these days, there is a lot of lack of clarity about how much things cost. I knew I'd have to pay for some of the colonoscopy and x-ray, and I did so up front, but I wasn't expecting the unexpected remainder that my insurance suddenly decided not to cover to slap me across the face with the force of a black mama who's been disrespected. (I'm often put in a position where I have to argue with insurance companies about the necessity of a procedure because I'm under 30, but we know that illness finds you at any age). It's not just one bill; it's many. It's years and years of being suffocated by mediocre health insurance and high cost of living, and the stress that comes along with choosing to either pay for my therapist or pay for organic cucumbers and tomatoes that aren't dipped in dyes to make them more attractive.

Capitalism and unaffordable healthcare don't want us to live.

My aliveness is an act of resistance.

This is not a pity post. I'm not seeking to start a GoFundMe so that I can supplement my part-time employment income. This is about systems of disenfranchisement that keep folk treading in deep waters. WE ARE TIRED! OK?!? We are broke and burned out, and the stress from being broke contributes to the brokenness of our bodies. I have no doubt that stress has contributed greatly to many of my health concerns. When I decided to dedicate my life to helping people liberate themselves...at least theologically and psychologically, I knew I'd be taking a temporary pay cut--that I'd be giving my life over to something greater than the financial security that I was used to and aiming for.

I'd like to think that my work could also liberate the poor from the poverty that's stepping on their necks. How do you teach freedom--not a cheap prosperity gospel, but true liberation--when you are entangled in weeds of injustice that just won't die? It seems as if every time I snip a few weeds, they come back, doubled in number and more ferocious than ever. This government has made it abundantly clear that it cares nothing about the poor. Being poor has taken major tolls on my health over the past 2 years & I'm going to spend the next 5 years trying to undo what has tried to kill me.

It's cheaper to die, but I choose life.

In 2018, rent was 85% of my income. I only made it with the help of family and friends; but being poor has a lasting effect that transcends opportunities for employment or a living wage. I'll be climbing myself out of some holes for a very long time, and that weight is heavy. I talk publicly about being poor to help people understand that being poor doesn't look one kinda way. I don't front on social media. There are moments when I'm blessed to have attended some fantastic institutions of higher learning and I share my accomplishments --moments when I've scraped enough money together over the course of 8 months to afford a vacation to Mexico, and I post pictures on Instagram detailing my adventures.

But poverty has taken it's toll on me. I'm fatigued by it, and I assume others are as well, even those with "good government jobs" who still can't get ahead because having a good government job is no longer a forcefield against poverty or a guarantee of income (as we witnessed with the recent shutdown). Many are ashamed to share their struggle, especially those who have advanced degrees and present an image of "put-togetherness." The more we talk about it, the more we can remove the stigma. It is the hidden reality of so many people.

But, nonetheless, I'm still here. My aliveness amidst all of the back aches, hip pains, ulcers, and polyps is an act of rebellion. Where I'm from, many people aren't wealthy or even financially secure. They dance through the streets anyhow. They celebrate life anyhow. They LIVE--I mean, truly live--anyhow.

"Come celebrate with me
That everyday
Something has tried to kill me
And has failed." 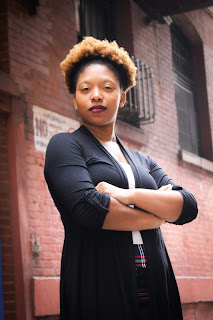